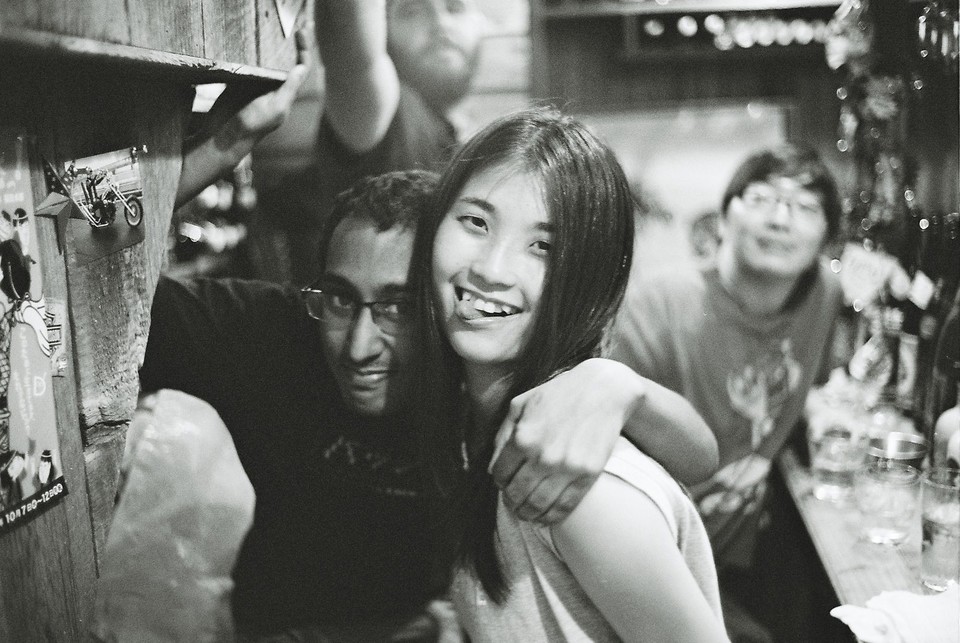 This photo was taken back in 2015. This was the second time I met Kana. My friend Chikako invited a few Amazonians to join her and her friends to play some Tennis. My friend Jen came and brought Kana along.

As you can clearly see, this is not a tennis court. After we finished playing tennis, we all got dinner in Shinjuku and headed over to Golden Gai for some drinking. I went to meet up with my friend Houssam and Jen, Kana, and Tetsu decided to join us.

One thing to mention, at this point my ability to speak Japanese was pretty awful. If I am being perfectly honest, it hasn't gotten much better. Kana as well though was still learning English so she didn't speak much English during dinner or tennis. However, after a handful of drinks, my confidence in Japanese went up drastically so I started trying to speak a ton more Japanese. And, much to no ones surprise, after Kana had a few drinks, she was speaking more English.

This was a pretty crazy night. We were out till 5 AM and drank way too much. Who would have thought that in less than 2 years we would start dating.